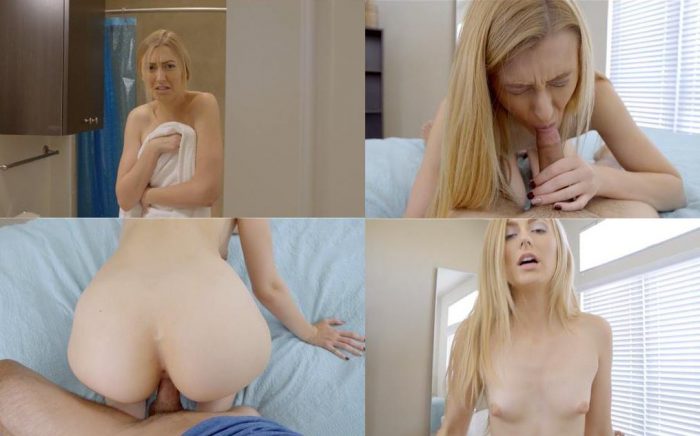 Alexa Grace knows her stepbrother Ricky Spanish is a perv, but she didn’t expect that he would spy on her when she is toweling off after a shower. She tells him off, but Ricky comes right back to continue spying as Alexa is getting dressed. He whips out his dick to start stroking his man meat at the sight of all that fair skin…