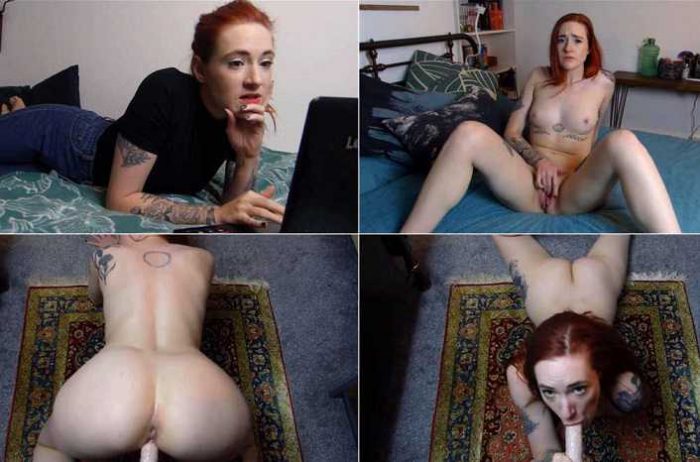 (This was originally filmed as a custom video and the name Joe is used throughout. There is about 10 mins of setting the scene, and then over 30 mins of explicit stuff) Fiona borrows her brother’s laptop one day and finds a brother-sister porn in his browser history! She’s shocked at first but after watching some of it finds herself fascinated, and decides to engineer a similar situation between her brother and her. Over the next few days she makes sure that her brother keeps catching her in compromising positions, and then begs him not to tell on her – emphasising heavily that she’ll do anything her brother wants in return! Unfortunately, her brother does not seem to be catching on. Fiona gets frustrated after he keeps telling her it’s fine, he won’t tell anyone about all stuff he’s caught her doing – she finally snaps and tells him that anyone else would have taken advantage by now! Thankfully he finally seems to realise what she’s hinting at, and he tells her to go upstairs with him and then get naked. Fiona is thrilled and strips off happily for him, telling him again that he has so much dirt on her now that she’ll really need to do anything he wants her to do, just to keep him happy. He makes her touch herself in front of him, and pushes her to tell him all the filthy things she wishes he’d do to her. Her makes her get down on her knees and thoroughly worship his cock, reminding her often of what will happen if she doesn’t obey his every whim. Fiona’s pussy is soaking wet by the time he tells her he’s going to fuck her, and though she protests a bit for appearance’s sake, she can’t wait to feel his cock inside her. Her fucks her hard from behind, telling her that she’ll be his little slave from now on, then makes her cum hard on his cock. Before she can recover he slides his dick into her ass, which she initially squirms and protests at, but after he reminds her that he’s in charge now, she happily submits and begins to love having him in her ass. He makes her clean her ass off his cock with her mouth, then puts it back in her pussy to fill her with cum, with Fiona begging him to use her whenever he likes from now on!