Charlie, Nicole Doshi – My Stepmom Works Me Out FullHD 1080p 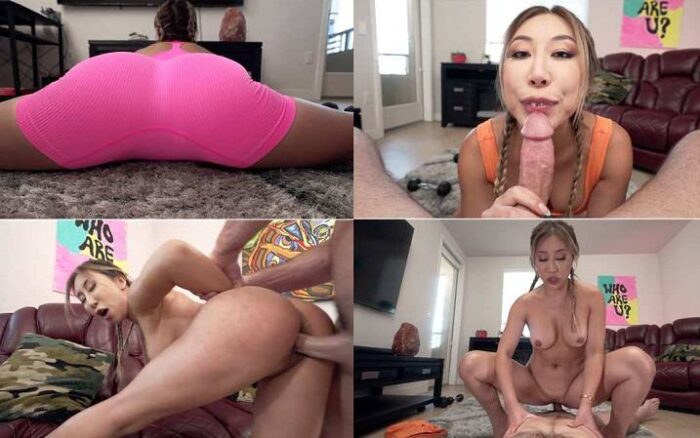 Charlie is still learning how to live his life with his hot new stepmom, Nicole Doshi. Nicole is extremely sensual and fit, which combines to leave Nicole in public spaces dressed in tight clothes while she works out and shows off her body. Today, Charlie has walked in on Nicole working out. He watches without her seeing him for a while and slides his hand down his pants for a sneaky meat beating until Nicole notices him. Pretending not to notice the big boner, Nicole makes small talk with Charlie until he leaves.

The next day, Nicole is once again mid-workout when Charlie comes home. She knows he’s there this time, but she waits to acknowledge Charlie until he’s got his first around his dick again. Nicole’s poses get increasingly sexual and flexible, and then she begins undressing. Eventually she asks Charlie if he’s just going to keep watching or if he’s going to help her finish working out with his dick. With an invitation like that, Charlie can’t say no even though he knows he’s cucking his dad.

Nicole seals the deal with a raunchy blow job that sees her deep throating the D. Then she turns asround on her knees and leans over the exercise ball so Charlie can bang her in doggy. Laying Charlie on his back, Nicole takes him for a rough and raunchy ride in cowgirl and then lets him spank her big ass in reverse cowgirl. Once Nicole is sated, all that’s left for Charlie to do is to nut into her mouth and leave her satisfied with her workout.