Brat Princess 2 – Mother Uses Sissy Sons Face To Get Off While Thinking About Lover HD (720p/clips4sale.com/2017) 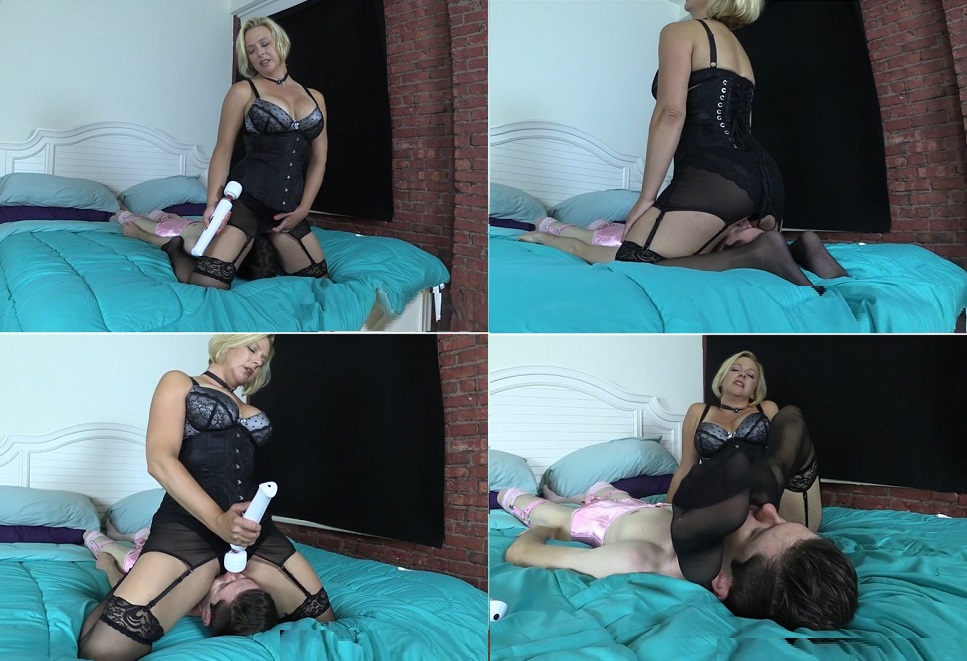 Brianna has been thinking about her lover all day. She is very turned on fantasizing about his chiseled Alpha male body. Unfortunately, her Alpha male isn’t available to come over and pleasure her like she needs. But her son, danni, is home. Danni is being trained by his mother to serve her every need as a sissy. Danni’s body looks nothing like his mother’s lover’s, but since he’s the only available option, his face will have to do. Brianna rides her son’s face while picturing her superior male lover. Danni wears a tight corset, garters and stockings as part of his training. He is locked tightly into chastity, so that the pleasure is all for his mother. Brianna uses a vibrator to ensure that she has a nice orgasm. Danni, acting like a disobedient girl, objects to helping his mother. Mother sets her sissy son straight and tells her to hum into her pussy so she can get off. If danni fails to make his Mother cum, he will be left in chastity indefinitely. Brianna rocks her hips until she climaxes. When she’s finished, Brianna puts her stockinged feet on danni’s face. Danni must kiss his mother’s feet and thank her for the opportunity to be useful. When Brianna’s Alpha comes over, danni must answer the door. As a good sissy, he must be submissive to both his mother and her Alpha. Danni worships his mother’s stockings until there is a knock at the door. Hearing the knock, he knows what he must do. (8:03 long)