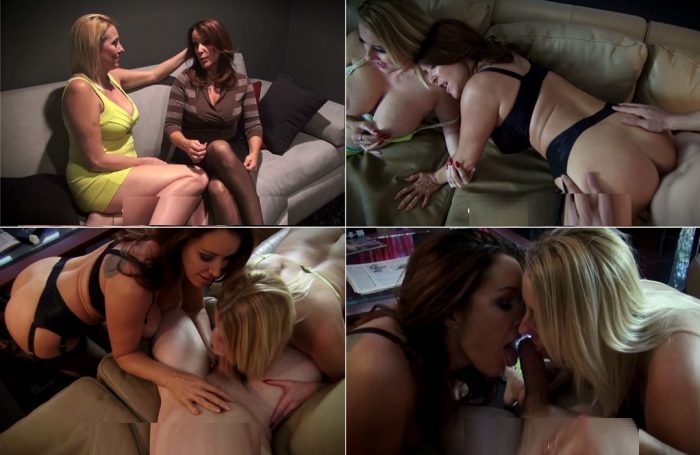 Rachel and her husband Joe live in a posh home with their 19-year-old son Kenny. Also living with them is Rachel’s sister Dallas. Joe is a hard-worker who makes good money. Unfortunately, he is suffering from impotence, and it has been a long time since he was last able to please Rachel in bed. Rachel tries to accept the situation, but she is finding it increasingly hard. She is, after all, a very lusty woman. Meanwhile, young Kenny has his own problems with Joe. He sees his father as an overbearing grouch who is always lecturing him and putting him down. Even Dallas clashes with her brother-in-law on occasion. These various tensions and resentments in Rachel’s family eventually come to a head in dramatic and depraved fashion. It all begins with Rachel deciding to dress up sexily for her husband in hopes of turning him on to the point that he can once again perform sexually. Her choice of outfit is an all-red combo of high-heels, skimpy panties, and a tight-see through lace top that shows of her lovely big breasts. When Joe gets a look at his sizzling hot wife, he thinks he can feel some of his old virility return. He is upon Rachel in a second, kissing and caressing her. Soon over on the bed, husband and wife are stripped naked and trying to make love in the missionary position. But Joe cannot get his cock up. He wills and wills himself, but to no avail. Rachel is gentle with him. She offers encouragement. This too fails. At the same time, Kenny happens by his parent’s door and peeks in. He immediately grasps what is going on. While amused at his father’s failure, he is deeply turned on by the sight of his mother. She is naked now – straddling Joe from on stop. Kenny can see her breasts clearly. It occurs to him that he would love to be there in his father’s place.