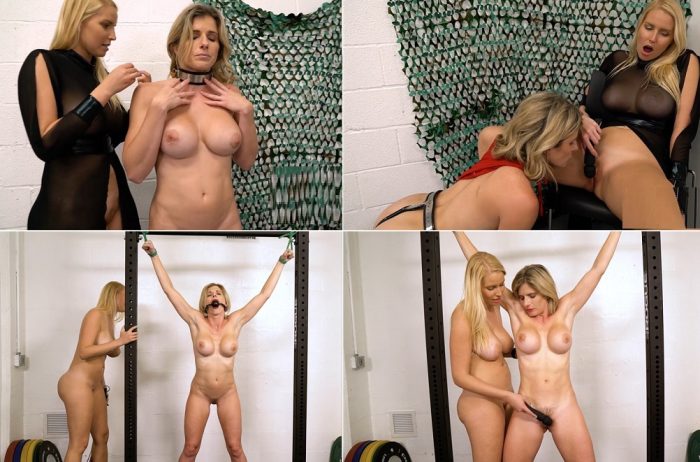 Scene One: Super Gurl Slave outfit
“You’re in big trouble!” Super Gurl says. “Am I?” Sorceress responds zapping Super Gurl with her magic. “You’re under my control” the sorceress Tala smiles. “Now bend over, we’re going to have some fun.” Super Gurl’s body moves against her will and she bends over like a slave to the sorceresses command. Sorceress strips the horrified and confused Super Gurl and gropes her trembling body.
With a terrible smile the Sorceress slides a cold steel butt plug into Super Gurl’s ass. Super Gurl screams at the indignity but is unable to break the spell. The sorceress puts a collar around Super Gurl’s throat. “You’re not a super hero anymore” She whispers to her. Sorceress touches Super Gurl’s super sensitive pussy with a vibrator. “Just let it happen, don’t fight it” Sorceress tells her as she forces Super Gurl to cum like a little slave slut. Super Gurl can’t believe she just came, what’s wrong with her.
To complete Super Gurl’s slave outfit Sorceress zaps a chastity device on her that can only be removed by magic. “Try to get out of this… you’re not going anywhere” Sorceress laughs at her new pet. Super Gurl struggles to break the device like her life depended on it.
Scene Two: Good little doggie