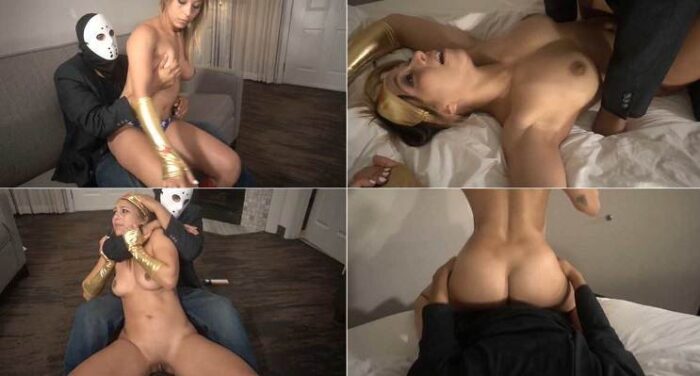 The sensationally sexy Coco reprises her role as Wonder Coco. She must escape the grasp of Professor Cyber by making him think that she has now completed submitted to Professor Cyber. The movie starts out with Coco doing a super sensual lap dance to the evil genius. He gropes her body, every single inch of her body. He then takes off her panties and boots. Just as he is enjoying groping every part of her body Wonder Coco makes one attempt to over power him. After punching him in the balls and grabbing him by the balls, she decides to use his body to pleasure herself. She demands the professor to eat her pussy (simulated) and then sits on her face while she orgasms. But just as she thinks she has defeated the supervillain, he grabs his infamous taser and subdues the sexy heroine. She ends up weakened and is eventually defeated. Wonder Coco must now survive and submit, once again, to the professor. She must demonstrate to him that she is submissive. First she gives him a blow job, followed by an intense sexual encounter