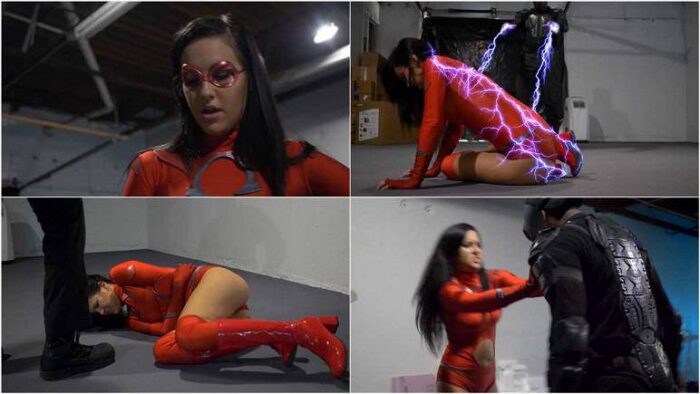 Omega Girl faces her greatest challenge — a gigantic, unstoppable opponent who has stolen her powers. Despite her best efforts, she is unable to defend herself from his relentless attack, finding herself the victim of a very long beatdown. But the villain still isn’t satisfied… he demands that Omega Girl admit defeat and submit to him as his henchman records it all on video.