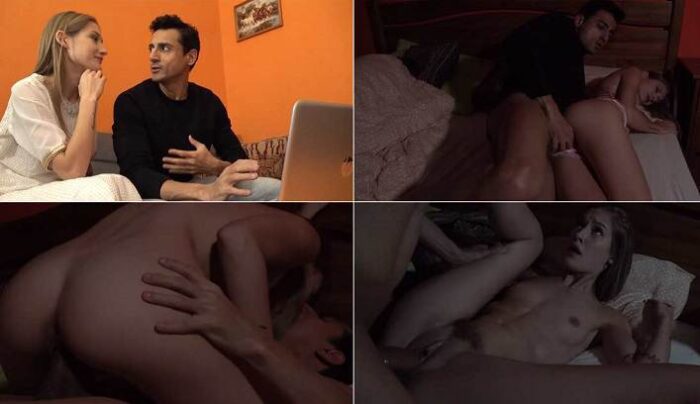 Rekha invites her younger sister Ritu for the first time after her wedding.. Rekha and her husband Rohan are excited to host Ritu in their house for 2 days before Ritu travels to India. Rohan is happy to see his young and bubbly sister in law after many years and shows her his honeymoon trip pictures on the laptop, they both gel very well together as she has infatuation on her Brother in law (JIJU) The sister in law enchants her JIJU with her charming smile, and warm gestures. The JIJU Rohan is now fully captivated and secretly follows her in her room , peeping in to see her changing clothes, he saw her well maintained hot figure and could not control his emotions ; he gets excited and horny and even follows her to the shower. Ritu deliberately leaves the door open and she knows JIJU is watching through the door crack so she touches her body more to seduce him. Back in her room after shower , she accidentally finds a dildo and starts playing with it fully aware that JIJU is peeping from the door crack. Rohan is fully aroused but cant do anything; after all she is his sister in law. Unfulfilled he goes to the kitchen to prepare some snacks for Ritu while his wife was away shopping grocery. Ritu could not stay away from his JIJU and comes to help in the kitchen where she suddenly has a back spasm and almost collapses. Rohan takes her back in the room and comforts her with soft massage , the massage turns sensual as expected as they both already liked each other, it gets more and more hot and they start kissing and Rohan fondles with Ritu’s breasts and tender vagina and gives her a good vagina massage with her oiled fingers.His oiled fingers and soft touches on the vagina lips makes Ritu moan and groan …her pussy is dripping with all the internal juices … He also uses a sex toy to make her reach multiple orgasms. As the mercury of their bodies rises , they are about to go all out and make intense love but there interrupts the elder sister Rekha…uff…she is back from the market. They both come out bit embarrassed and completely unfulfilled. What happens later in the night ……..watch it in next episode.