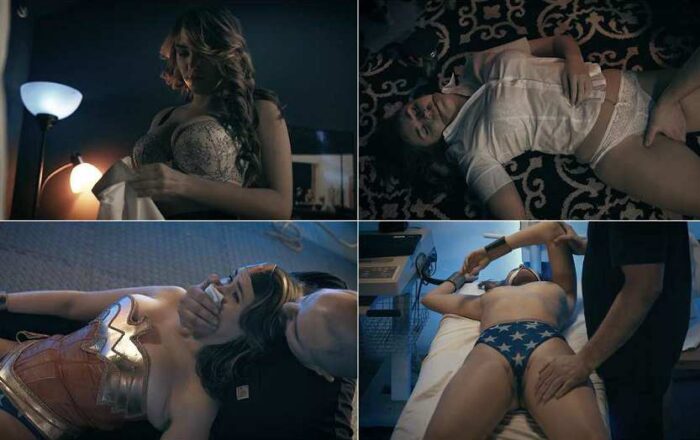 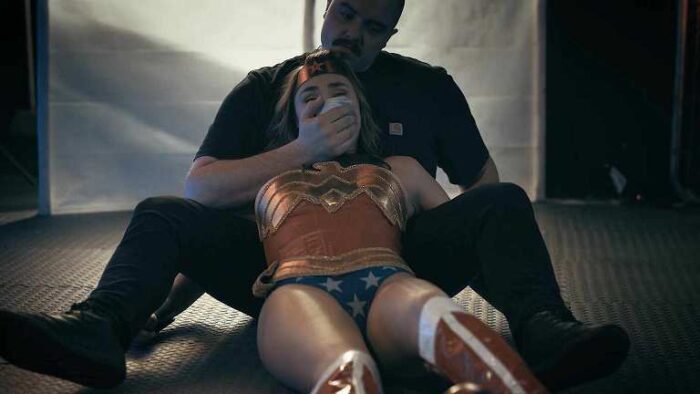 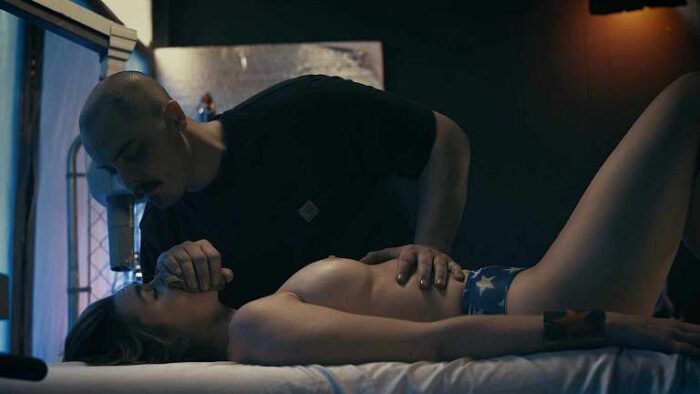 Diane is ready to head out when a ruthless hired gun from The Triad quietly sneaks in and surprises her with chloro. After the first application, Diane never fully recovers. She’s transported to The Triad’s hideout and more chloro is applied to ensure compliance. No matter the amount of chloro, Diane still has enough strength to stay conscious. While the man is distracted, she manages to transform.

Unfortunately, The Triad has an insurance policy ready and waiting for this exact scenario. Without warning, she’s blasted with a special energy pulse, zapping her strength. It’s just business and the hired gun goes to work. Now WW, the heroine tries to hold her own and does so respectfully considering the amount of chloro and energy she’s taken. Unfortunately, it’s not enough. After losing the fight, the hired gun realizes just how stunning WW is. De-powered and available for the taking, he can’t resist.