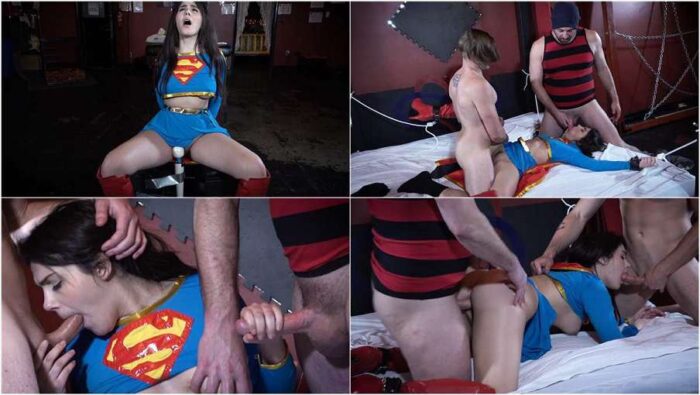 Eventually, Supergirl gets into the sexual punishment. She sucks off both fiends at the same time, choking their big dicks down like a good super slut. Maybe if she plays nice they will spare her. Supergirl is rewarded with thick, ropey loads all over her chin, S logo, and big titties. She demands to be released, but one of the thugs snaps her kryptonite-weakened neck like a twig. They leave her body bound to the x-frame for the Justice League to find.

Fetish Elements: X-frame, Neck Snap, Death, Body Views.
Note: Actresses are over 18 at the time of filming and the word “teen”, “teenage”, “young girl” is only meant to imply legal age characters regardless of audience interpretation.