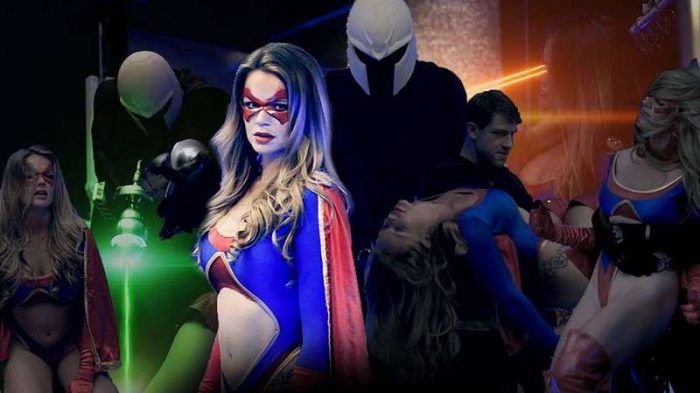 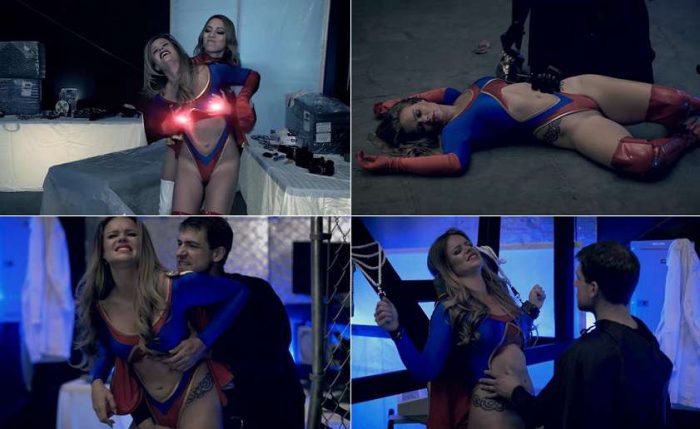 Contains: 1 on 1 male/female combat, face punches, kicks, belly punches, body pans, bear hug, low blows, groping, forced sex, multiple uses of kryptonium gun directed at body and pussy, mask removal
Synopsis: After surviving her run-in with Redwing, Sunder has continued trying to find out who’s compromised at Division, and which baddie wants her head. The path leads to a ruthless villain calling himself Kronos Master Of Time. Kronos has the ability to slow time to a crawl for any given subject while time continues as normal. He’s also extremely well connected to Division and has come by Agony’s kryptonium based weapons. Sunder’s first encounter with Kronos leaves her badly wounded. She knows she has to defeat Kronos to try and figure out who’s behind all this, and she gets an assist from Division in the form of a small device inhibiting the ability of Kronos. She reengages and the two battle brutally. Even though Kronos can’t pause her timeline, he still has all of his weapons, and the knowledge that if Sunder is sexually compromised, her powers are as well. Sunder’s chances aren’t looking good, but she’s survived in the past. Find out what happens.