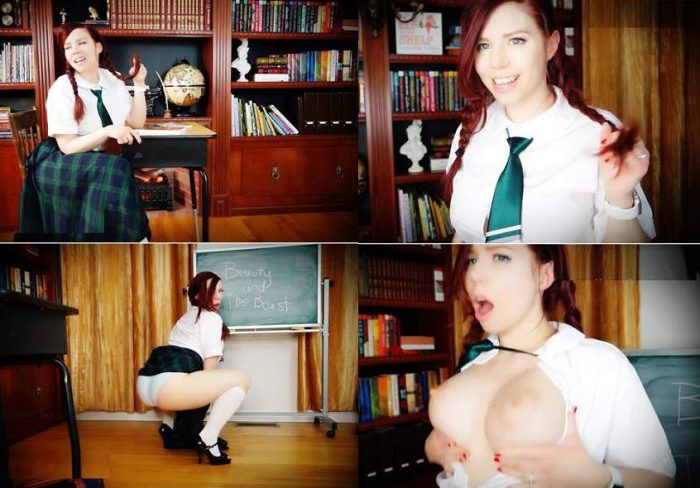 Clip Includes: Magic Control, Reality Remote Control, POV Humiliates His Bratty Stepsister in Front of Class During Her Book Report as Revenge for her Being a Bitch to him, Makes Skirt Get Stuck in Underwear,

It’s a damn good thing POV has the Reality Remote Control app on his phone because now he can get revenge on his bitchy Stepsister any time he wants…like in this case when she talks badly about him in front of their whole class, calling him disgusting and a beast and a loser. BUT with the help of the handy remote, SHE is the one who will end up humiliated in front of everyone.

While she’s giving her book report, POV enters the first command into the app: for Ludella’s skirt to get stuck in her underwear. She turns to write on the board and the class erupts in laughter. Lil Miss Popular is embarrassed, yanking her skirt out from her panties. It’s not enough to make her lose her cool though, so POV makes her skirt fall down, and when she goes to pull it back up, he uses the remote control to give her a wedgie. “Ouch” She whines, picking it out and yanking up her skirt to cover her big butt.

She turns to face the class, and being as clever as she is, she brushes the mishap off to the fact that the skirt must be falling off because of all the weight she’s lost…”because I’m SO hot…” She smirks. So when she turns back to the board, he makes her skirt fall down and gives her ANOTHER wedgie.

Now these shenanigans are getting to her, but she’s still pretending it doesn’t bother her to the class, saying her butt is so big that it must just keep eating her underwear. Under her breath though, she wonderswhat the hell is happening. Time to take it up a notch and make her look like a fool.