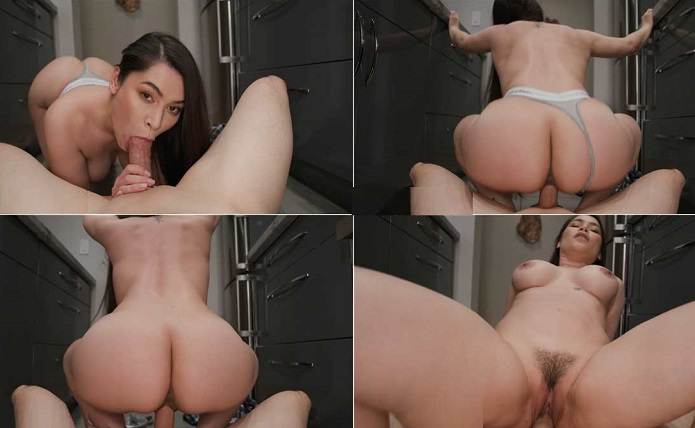 There is but one commandment amongst brothers: thou shall not fuck your brother’s chick. But the thing is, your brother pulls some serious badass babes, and then proceeds to drop them for whatever girl he can get next because he’s a typical idiotic macho douchebag. Tonight’s girl was literally the hottest one yet, and you can tell she was feeling a little down. She just had lame sex with your brother in the other room and he didn’t even make her cum. Not only that, but she know’s she’s the perfect girlfriend material, so why does your brother just want to keep things “casual” with her? Suddenly it dawns on her that if he want’s to fuck other people, maybe she should too, starting with you, his younger, hotter brother who’s a much better lay.

Clip Contains: Do you think your brother would be mad if he found you rawdogging his new girl in the kitchen? Why? He had his chance to be exclusive and he blew it. Now you’re gonna blow it too, in her pussy.