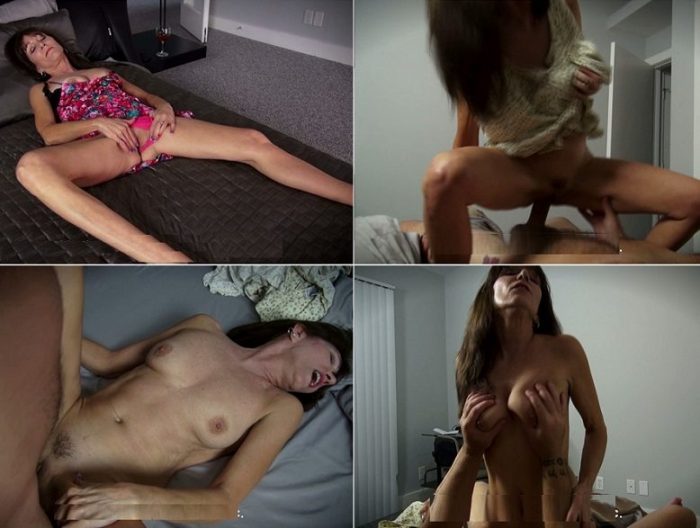 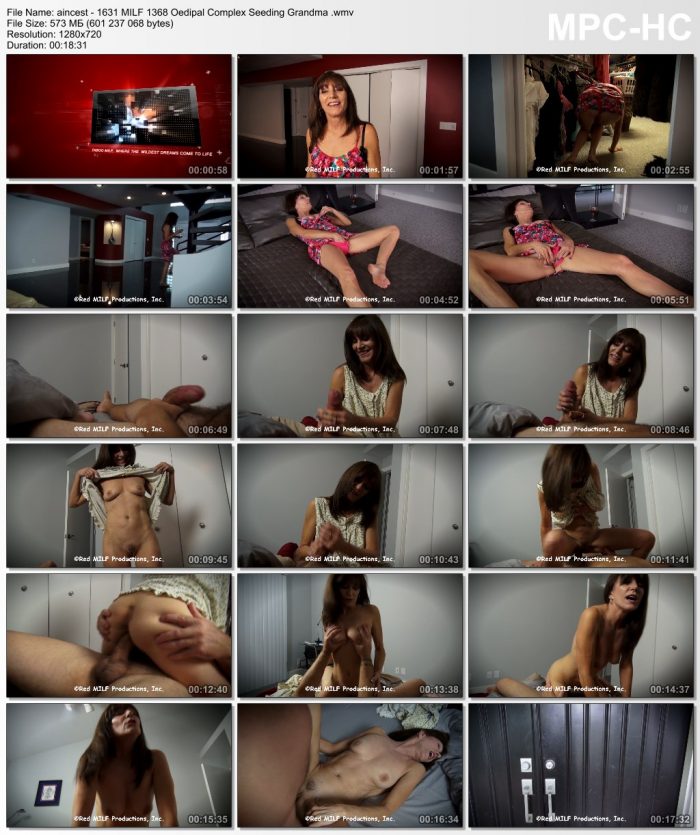 Aaron had always felt a forbidden attraction to his grandmother, Jessica. She was a youthful, trim-figured, sweet-natured widow who could most often be seen wearing some pretty summer dress or other. Unfortunately for Aaron, school commitments had kept him from being with her as much as he would have liked. As a young man in the prime of horniness, he often suffered in his frustration. Thus, when he finally got a chance to pay her a visit, he determined to make the most of it. Jessica was delighted on opening the door to see her grandson. She gave him a big, loving hug of welcome, spent some time in catch-up-talk with him, then asked if he would not mind accompanying her up to her room – where she had been trying to find a pair of shoes before he called. Aaron was fine with that. Following his grandmother, he could not help studying her from behind. Her bare calves were sleek and toned; her dress-clad butt made a sexy wiggle. Ascending the stairs, she lifted her hem so that her legs could move more freely. For Aaron, looking up from below, this allowed a great view of her shapely thighs. In his grandmother’s bedroom, his eye-feast continued. Jessica got herself into all sorts of positions as she routed around for her shoes. Sometimes she stretched to check a high shelf; sometimes she got on her hands and knees to look under something. Aaron lost count of the hot flashes of flesh and panty that she accidentally gave him. That same evening, after supper, his grandmother excused herself and went upstairs to take a nap. Or so she said. In truth she was not tired at all. But she WAS feeling extremely horny and in need of some pussy relief. It was her own grandson that had gotten her worked up. She had always thought him a fine, handsome young man. Now her feelings for him were turning sexual. On her bed, she got her tits out and played with the a while. Then she parted her legs, tugged her panty crotch aside, and subjected her pussy to the longest and most intense of pleasing. Eagerly she rubbed the clit, massaged the mound, and fucked her fingers into her depths. Little did she know it, but Aaron had happened by her door while she was right in the middle of her fun. He had come hoping to get another glimpse of her, and had ended up hitting the jackpot. It made him rock hard to see his own grandmother in the throes of ecstasy – so lustful and wanton. Careful not to be heard, he pulled out his cock and started stroking off to the sight of her. Come night, in his room, he was getting himself off again. But, all of a sudden, without knocking, his grandmother entered to ask him something. She now wore a long night-gown. Aaron was deeply embarrassed. Having covered himself up, he tried to make an excuse for his actions. But none came to mind. Instead he told his grandmother the truth of how he was stroking himself because of her. To his surprise, his grandmother did not seem to mind. In fact, she looked amused and aroused. Moving up close to him, she confessed that she had done something similar because of Aaron. This defused all awkwardness between grandson and grandmother disappeared. From that moment on, they knew they had a mutual desire, and they were not afraid or ashamed to fulfill it. Incredible, taboo action followed. First Jessica took hold of her grandson’s cock and gave it a long, expertly sensual handjob. She had not touched such a big stiff piece of man meat for years – especially one so young and charged with virility. Briefly she broke off to lift the front of her nightgown, revealing her body in full-frontal, and inviting Aaron to rub and finger her hungry, exposed pussy. Then she went back to stroking him off until he was as hard could be. When Aaron asked if his grandmother if he could stick his cock in her, she happily agreed – on the proviso that what happened would be their little secret. A moment later, Jessica was poised over her grandson’s lap, easing herself up and down his stiff length, cowgirl-style. The young man groaned at the coming true of his fantasy. His grandmother threw back her head, arched her back, and gasped and sighed with passion. For the longest time she rode him – fucking herself wild. In the intensity of their pleasure, the pair muttered filthy, taboo things to each other. The grandmother begged repeatedly for her grandson to pound her with his big cock while he gripped her hips; the grandson replied – talking of how badly he wanted to flood his grandmother’s hot pussy with his cum. Presently Jessica took off her nightgown. While her now naked body bucked and writhed atop her grandson’s, Aaron got a good look at her pretty, bouncing tits, then reached up fondle them. The pair finished up with an intense fuck in the missionary position. Just as he had hoped, Aaron got to keep his cock in his grandmother as he came. Straining, thrusting, he blasted every last drop of her potent creamy see into her deepest depths. Afterwards, Jessica lay breathless – as happily fucked as she could remember. Several months down the line, Aaron paid another visit to his grandmother. This time there was a difference her appearance. Her once slender waist was now swollen from pregnancy. Both she and Aaron were thrilled at this turn of events. The grandmother had always wanted to have another baybee before her body-clock ran out. Thanks to her own grandson, that wish had come true.