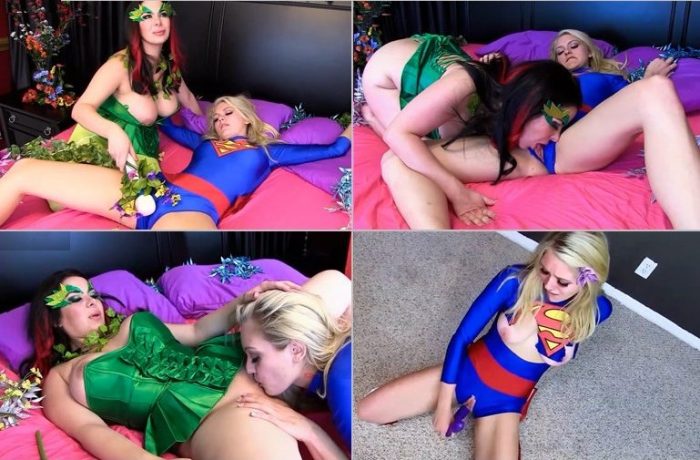 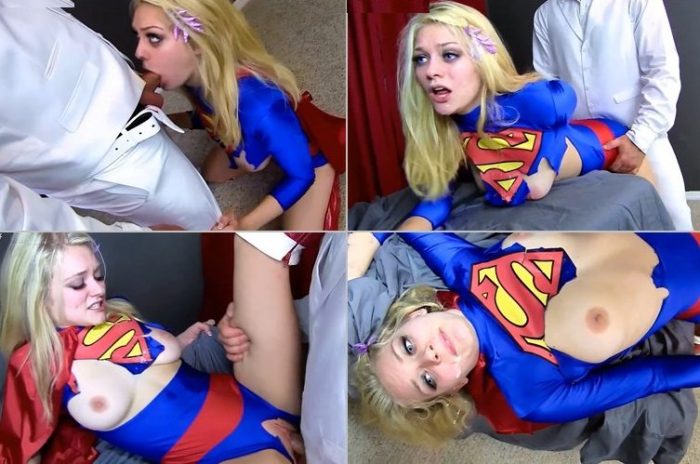 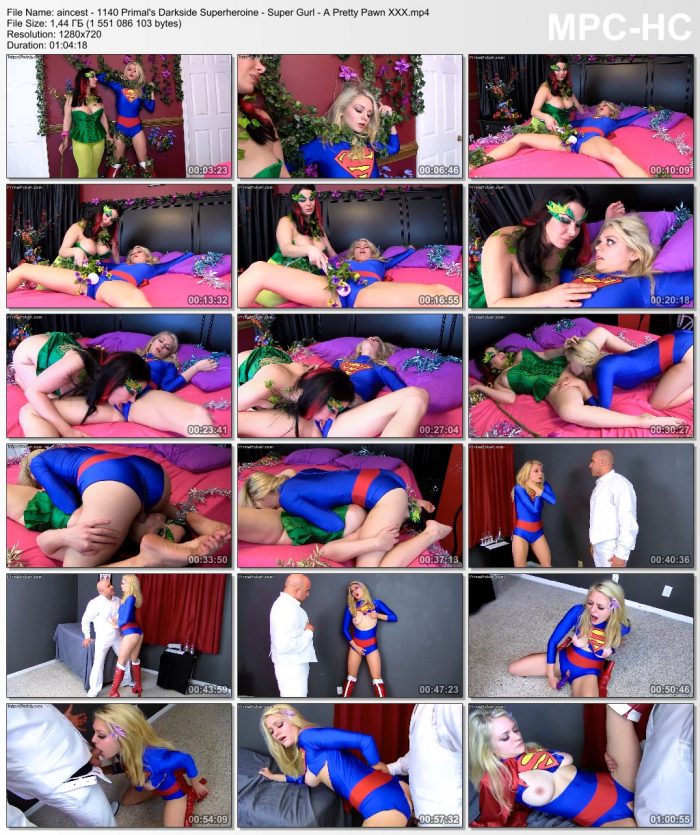 Super Gurl has finally tracked the toxic temptress Poison Ivy down. Utterly confident SG is totally surprised when Ivy’s vines restrain her. As SG struggles she feels herself getting weaker and weaker. Ivy moves in, explaining that the vines were grown in kryptonight infused soil. SG can’t imagine how Ivy would have gotten such a thing but has more to worry about as Ivy moves in with sparkling green lips, also coated with Kryptonight. SG finds herself kissing Ivy back and is confused, Ivy seductively laughs and explains that the flowers on the vines exude a powerfully aphrodisiac scent. When SG struggles and annoys Ivy she has her “pets” constrict on SG’s throat until she is almost done for. But she states that she has plans for SG

When Ivy is done she gives SG a lethal Kiss

Super Gurl has survived, although a bizarre flower has taken root in her scalp. Too angry to let Ivy stay free for a moment SG goes to track down the few places that could have made kryptonight infused soil

SG finds nothing in her search until Lex Luthar confronts her, she soon discovers that the flower is rooted in her mind and she is Luthar’s helpless puppet. It turns out he gave Ivy the soil in exchange for total control over SG. Luthar commands and Super Gurl Obeys unable to stop herself…