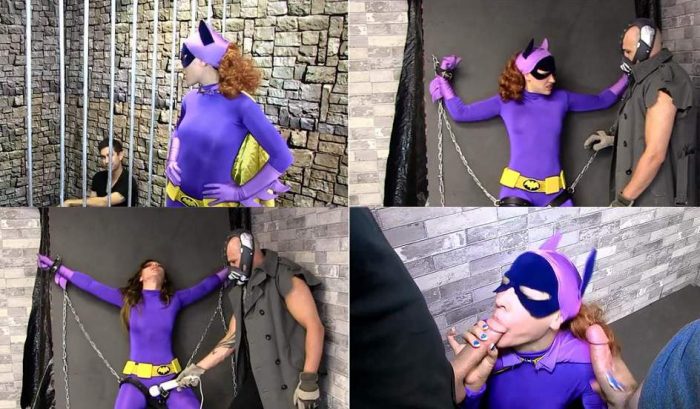 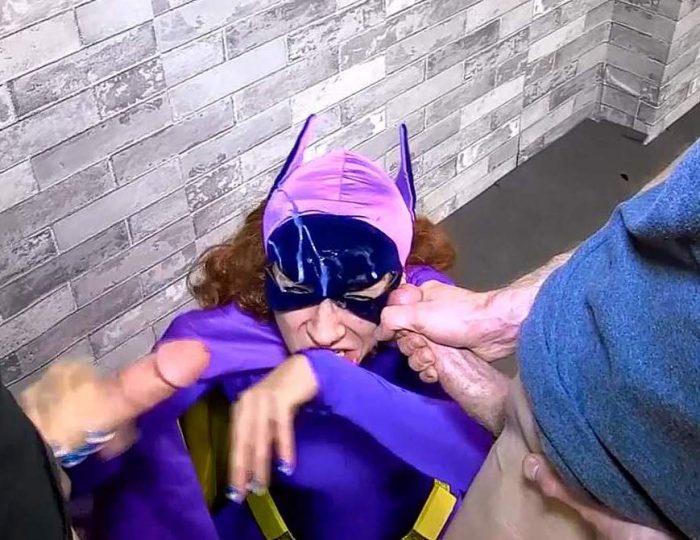 After a scuffle she has the crooks behind bars and finds out they work for Katwoman. The caped Crusader follows the clues from teh defeated lackeys and finds her self in a dungeon lair where she is confronted by Baine.

Bat Gurl seems shaken but she rallies and puts on an impressive display of fighting skills but is over matched by Baine. She is then in the hands of the crook who were his lackeys all along. The use some high voltage toys to get revenge making Bat Gurl jerk and shake and spasm as they do whatever they want to her. She is very defiant but they nearly break her

Now it is Baines turn. His doctor has given her the special treatment to accelerate her healing (Black Kanary Broken by Baine) and he explains that endorphins speed up the healing benefits of the treatment. Before he starts he unmasks Bat Gurl to her horror, and gloats over knowing who she is

Baine tells her he will let her go, and keep her secret, if she “apologizes” to his menAt the end, the henchmen gloat over telling everyone about what Bat Gurl did. She becomes enraged and grabs them by the throat, Bat Girl disgraced herself to protect on secret, what will she do to protect this one…Three can keep a secret if two of them are…..Starring