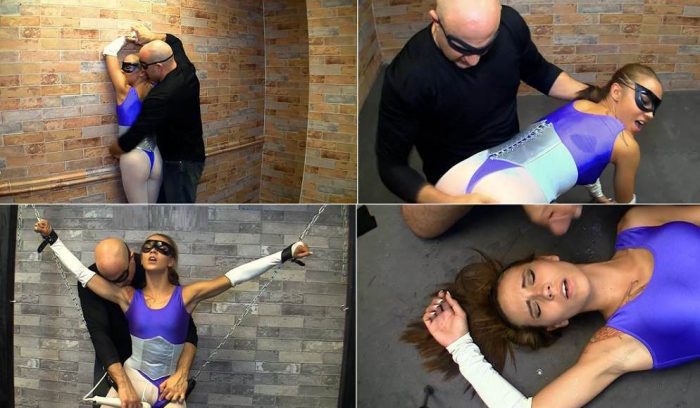 Sasha Swift (Sasha Foxxx) tracks a burglar to an empty warehouse. She thinks she has the thug by surprise but he laughs

“Couldn’t you tell this was a trap you stupid little bitch?”

Sasha Swift isn’t phased, she tells him she’ll turn the tables on him, But he continues to mock her, he tells her that he has taken all of American Avengers strength, speed and agility.

Cyphon beats SS down although she refuses to give up and lands some impressive kicks. She gets groped and beaten and e takes terrible injuries before finally being spanked and taken down in a sleeper hold

Sasha Swift has been broken and now she must pay, she yells in defiance as he approaches her with the Power Siphon, she kicks and struggles but soon she feels the excruciating pain of her powers and even her life and soul being torn from her. She screams out in agony and her whole body shakes and convulses until the Power Siphon is full.

“Now you look beautiful” he tells her.