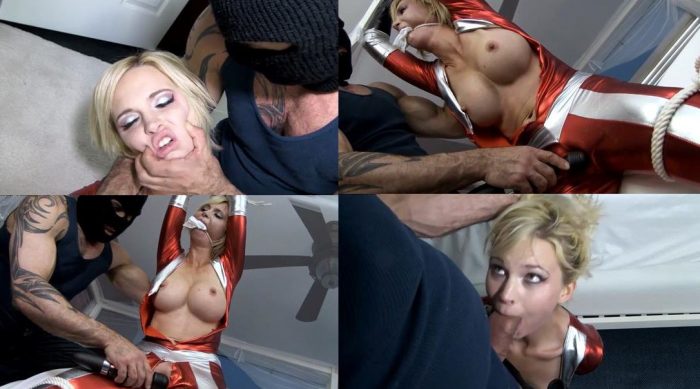 Crimson scopes out her fellow agent’s house. She’s fully aware that the request she got to come over is almost certainly a trap, but the superheroine is too cocky to realize that she may not actually have the upperhand here. All is clear as she makes her way further into the house. She never even sees the masked man until a cloth is in her face. But even then, Crimson isn’t terribly worried. It’s not the first time a bad guy has tried to put her out this way. But something’s different this time. When Crimson realizes her powers aren’t working, her heroic resistance quickly turns to a panicked struggle to keep her eyes open. When she’s out like a light, the masked man easily throws her over his shoulder and carries her upstairs. 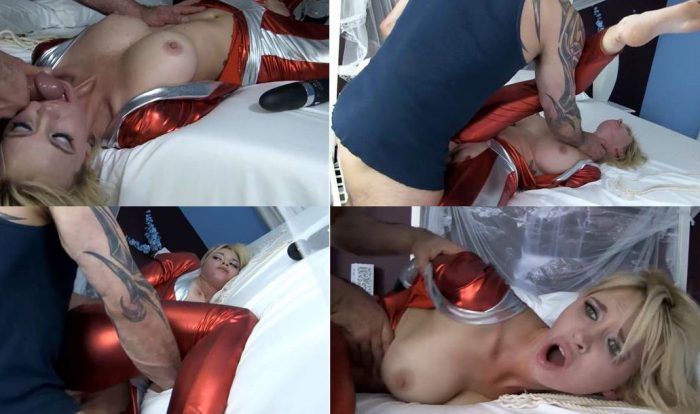