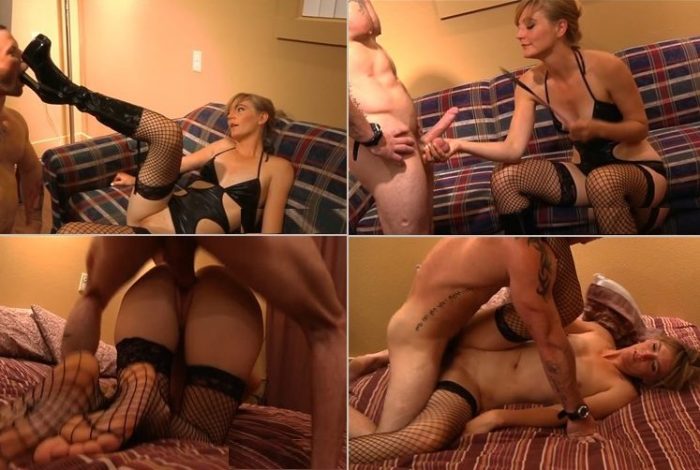 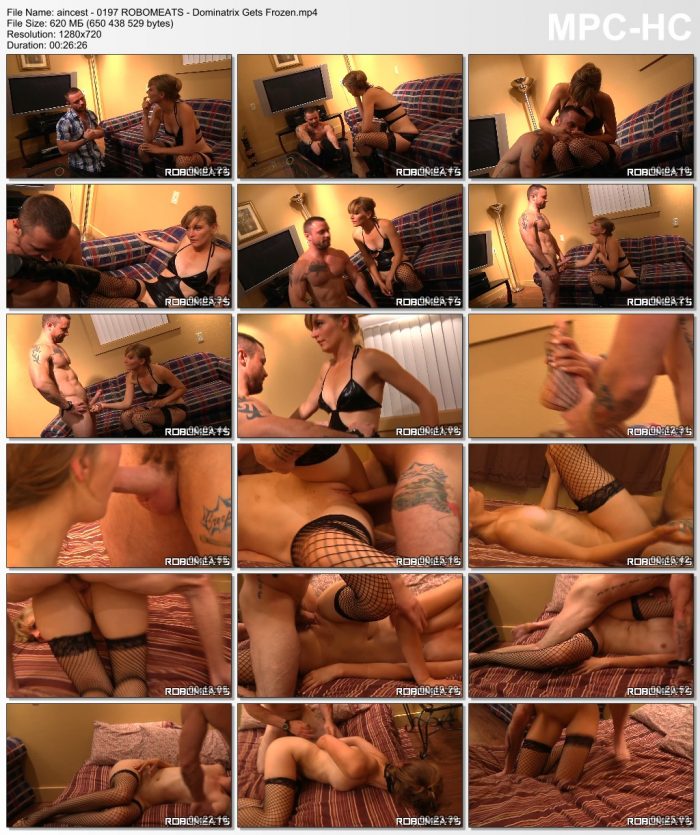 Miles has hired an escort, he shows up at the hotel room where they decided to meet and sees Mistress Mona sitting on the couch. He wasn’t expecting this tall, fishnetted, riding crop wielding hottie, and though he’s not into being beaten, he plays along.
She orders him to strip, and starts to hit him, she tells him that she needs to clean her boots with his tongue, and he reluctantly does, she spanks him a bit to encourage him. She grabs onto his balls and squeezes them, while slapping his cock.
She tells him that he will never be able to fuck her, which is not what he wanted, so he timestops her.
He strips her dress and boots off and leaves the fishnets, then puts her on her knees and starts to fuck her face. He then sets her up on the bed and fucks her in a few positions until he cums deep in her Domme pussy.
Then he poses her on the bed and gags her and ties her wrists and ankles together and unfreezes her, she is pissed, but he leaves her yelling angrily through her gag on the bed.