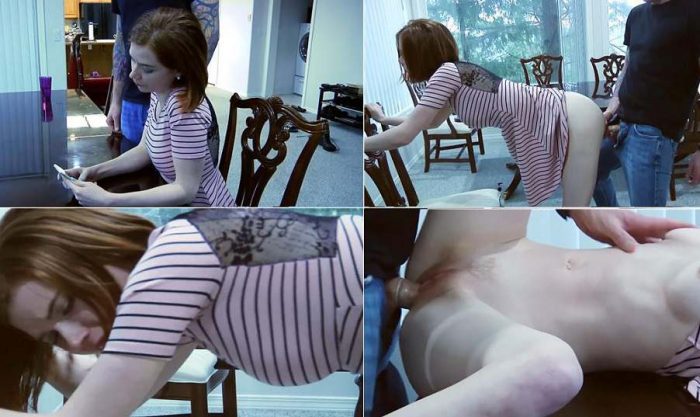 Guda comes home to his less than receptive partner. He tries to make advances on his sexy little package of a woman, but Pepper just won’t give in, not even conceding a blowjob. Having enough rejection, Guda uses his time stop watch to freeze her. This time, yes. He maneuvers his now helpless, and unable to decline lover to remove her phone from her hands a device long standing between them and their sex life, and replaces it with his cock. He pushes it between her fingers and gets hard from the feeling of her frozen fingers rolling over his shaft. Picking her up and bending her over the chair he inspects her sexy little ass and spreads it open to taste her. His tongue works in and out of her pussy lips getting her nice and wet for his intruding cock. Standing up, he fucks her from behind thrusting his ramrod into her non-consenting cunt. He bangs away at her before unfreezing her just long enough to get a glimpse of what was happening to her, gasps and moans escape her mouth just momentarily. He lays her on the table and fucks her harder and harder, finally bursting inside her. He unfreezes her, and his distraught girlfriend shocked by what has happened stumbles away.