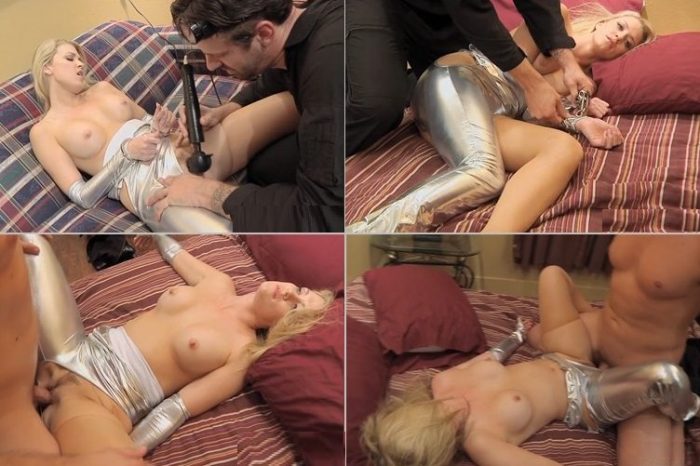 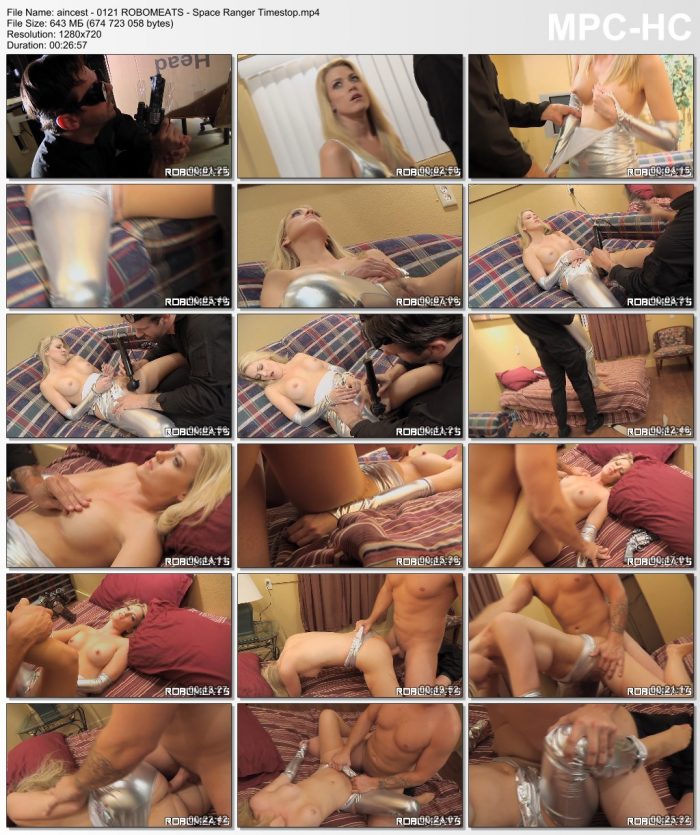 Intergalactic Space Ranger Alexandra is on the hunt for the nefarious space crime lord David. She finds him at a ship refueling station and chases him into a storage room where he hides.
The astro-babe enters, laser at the ready, expecting him to pop out and attack at any moment, she taunts him, knowing the proud villain will respond and show his hiding place, and he does. She shoots her debilitator ray near the sound of his voice, but David isn’t going down easy, he loads his last freeze charge into his laser and jumps up and fires, freezing the sexy space cop in time. David goes and picks her up and loads her into his ship and takes her to his hideout to have some fun.
At his hideout, David starts to pose the sexy Ranger, all while exposing her sexy body. He handcuffs her hands together and sits her on the couch, he pulls out a vibrator and starts to rub it on her frozen pussy, then wakes her up, she tries to fight the powerful orgasmic vibrations, but starts to succumb to their power in mind blowing orgasm. He freezes her again and takes her to the bed to fuck her.
He slides his cock into her pussy and pounds her hard and deep, waking her up in the middle to hear her plead and demand he stop, only to freeze her again. He fucks her until he cums inside of her Space Ranger pussy, then further taunts her by waking her up, weak and beaten before leaving to commit some stellar crimes