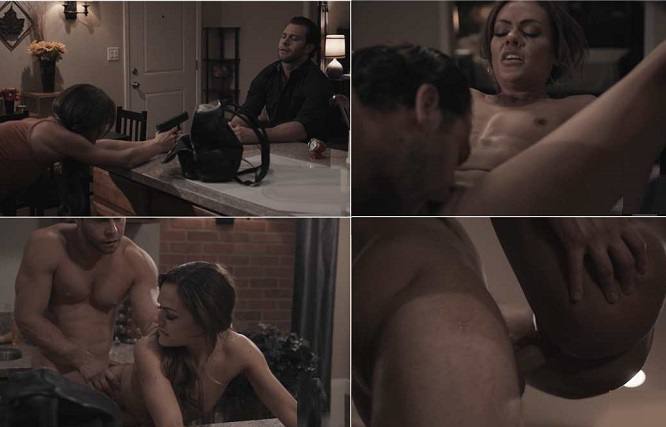 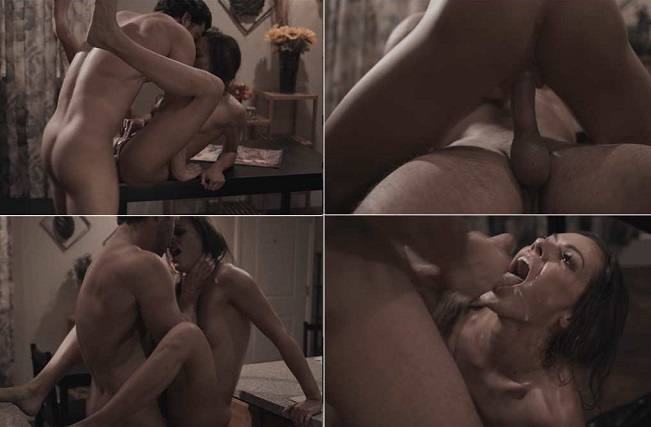 Seth Gamble is dressed sharply in a posh outdoor cafe. He slides an envelope full of cash across the table to Jon, (Brad Newman), a policeman sitting across from him. Jon hesitantly picks it up. “I don’t know about this.” Seth gets up to leave, he puts his hand on Jon’s shoulder as he leans in and says, “sometimes it pays to do the right thing.” Kit Mercer watches from a distance, she takes snapshots with her camera as Jon leaves with the money.

In a police station, in an office on the second floor, Kit sits with a worrisome and sorrowful Jon. She slides a piece of paper across the table. He asks “what’s this?” as he takes out a piece of paper full of complicated legal jargon and reads it. Kit explains, “it’s a lot of legalize that basically says you’ll be given immunity from prosecution of perjury in exchange for turning over state’s evidence.” Kit exclaims, “I’m not going to pretend to know why you took a bribe from Mr. Gamble to lie about the woman at the Starlight Motel, maybe you thought you were doing the right thing.” Kit offers him a pen, he takes it as he stares at it with a clenched jaw. “Whatever happened, you’ve fucked up and got caught. I’m giving you the opportunity to redeem yourself, to do the right thing.” Kit smiles as Jon picks up the pen and signs.
In Seth’s condo Aila stands in front of Seth with a bag, she slides it across the table. He opens the bag enough to see it’s a bundle of money and he sets it down, “I can’t accept this.” “It’s your bonus for going above and beyond to prove my innocence.” Seth smiles and Aila wanders around his condo until she sees a gun and picks it up. Seth’s eyes widened in shock. “I have a question, and I want you to answer me truthfully,” she says as she casually turns the gun around, feeling the cool metal in her hands. She points it at Seth, “You don’t realllly think I’m that ruthless to shoot my husband to death, do you?” Seth answers nervously, “no.” “Then why are you scared now?” Aila smiles flirtatiously as Seth stands and walks carefully to her. “I don’t like it when people point guns at me.” Aila pouts her lips, “then why don’tcha do somethin’ about it?” He reaches for her hand holding the gun at him, and he folds her arm behind her back. They are chin-to-chin as she struggles playfully to keep the gun away from his reach. She kisses him, he pulls back. “I can’t do this,” he says firmly, “I’m your lawyer.” She moves her lips dangerously close to his, “out of all of the things you’ve done for me, this is where you draw the line?” She rubs his rock hard cock in his pants, he gives in to her. She drops to her knees, “C’mon.. you can’t tell me that a part of you wanted me to go free, just so you could fuck me?” She takes out his cock, hard and dripping, and she opens her humid mouth, her tongue twirls around the the bulbous tip, as she lets it slide into her her soft, hot mouth.
Watch the story unfold..