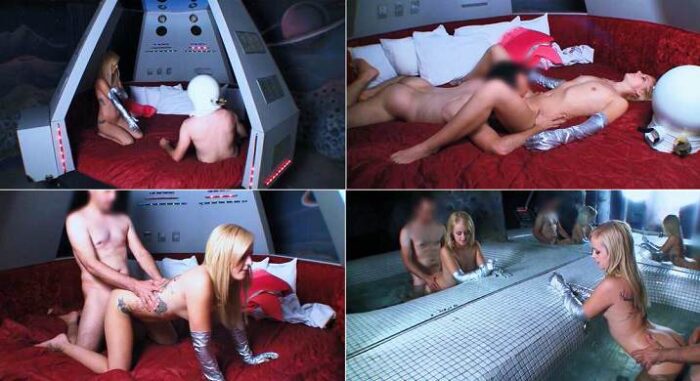 Astronaut Steve Awesome (me!) had spent years on the moon patrol and was returning to his capsule. He originally had dozing off on his mind, but that wasn’t going to last long. You see, his pretend step-daughter that he’d been searching for was a beautiful blonde space girl (Jenna Suvari) who finally appeared outside the capsule one day. Steve wakes up, stunned, but invites his new little girl inside to see how compatible they are. Turns out — very! Space girl Jenna Suvari strips down and then totally gets down with Steve inside the capsule. The two suck and fuck like inter-species sucking and fucking was no big deal. Jenna Suvari leads Steve to her favorite moon geysers where the two continue their sexual exploration. One small fuck for man, one giant jizz for mankind. Or something