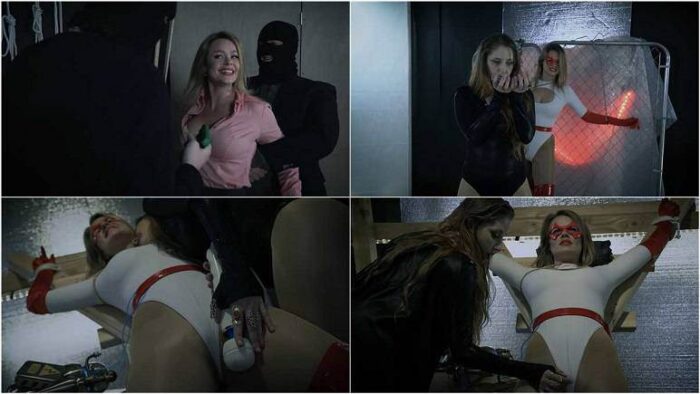 Onyxia is at it again. This time she’s captured Power Man and has him locked in a holding cell with the other heroines she’d already captured. She figures if anything will bait Power Girl, this will. Sure enough, PG comes as expected, disguised but fooling nobody. Expecting her, Onyxia has guns charged4 with krypto. PG gives in thinking if she allows herself to be captured, Onyxia will lead her to the holding cells where Power Man and the others are being held. Confident in her abilities as always, PG doesn’t count on just how much the krypto compromises her powers. Before she even realizes what’s happening, she finds herself secured and attached to a device which Onyxia claims will remove her powers entirely. Onyxia tried this last time unsuccessfully, but this time she claims to have figured out the flaw in her process, suggesting that if PG is aroused enough, the machine will take care of the rest. Onyxia is no stranger to forcing arousal in her captives, and she can’t wait to have her way with PG. Poor PG has no idea what’s in store…