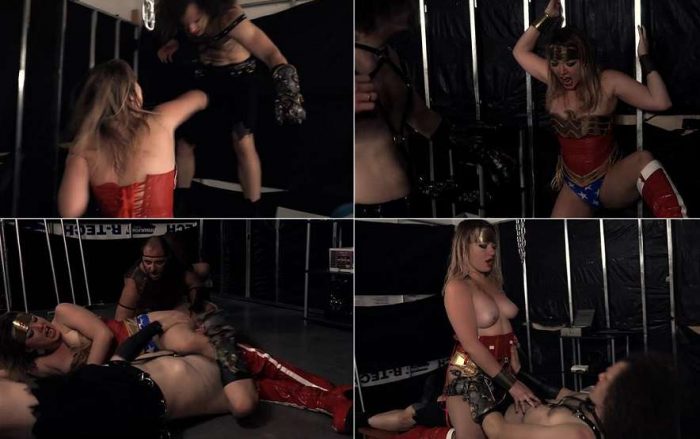 Two new videos from The Battle for Earth are available: Wonder Storm 2 and Sonique 2. Check out trailers and more information below.

Wonder Storm enters a warehouse to find The Handler and Beast. Having already had an altercation where The Handler attempted to steal her powers, she is confident she can triumph again. Bored and arrogant in her approach, she quickly finds herself on the winning end of the fight. The Handler has a surprise, though. Receiving a charge from a mysterious stone, he engages her and instantly, she realizes his strength is far more than what it was. Her confidence falters slightly as she realizes she may not be able to handle what’s coming. The Handler’s motive has always been to search the galaxy for a worthy opponent. We now learn his primary motivation for finding worthy opponents is to steal their powers once they’re defeated. We already know he spares his defeated opponents no mercy, as we already saw Miss Power’s demise at his hand and the brutality he and Beast administered. Wonder Storm is destined to be defeated, but will she even survive. More importantly, if she does survive, how will she reconcile the atrocities that she’s about to incur?