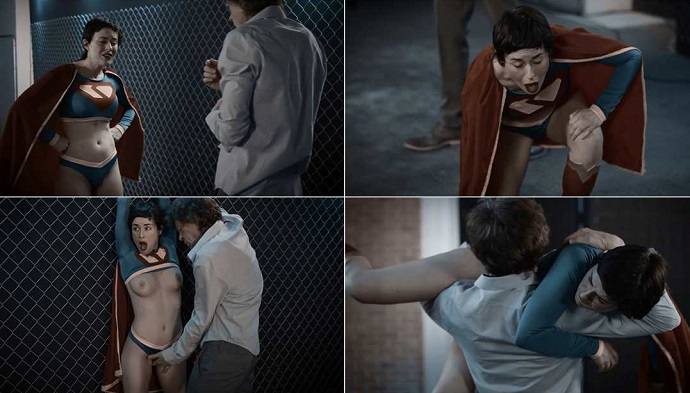 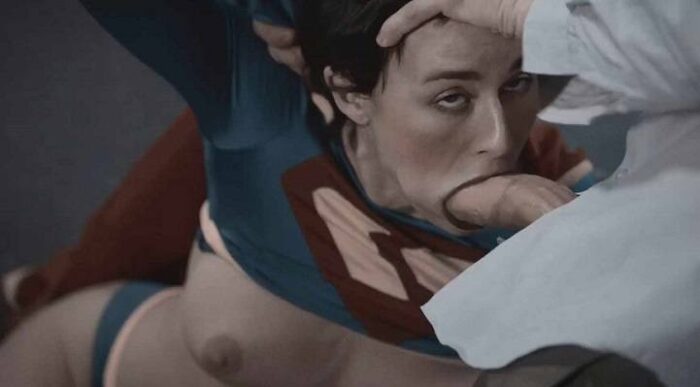 Synopsis: Solaria has been investigating a drug-trafficking operation. She pumps one of the lower levels goons for information on the whereabouts of his supplier. After necessary force, she retrieves the info and dispatches him with a curb stomp. Arriving at the address, she engages Craig, a low level supplier. He’s not too bright and quick to anger as Solaria repeatedly calls him “Greg”. Being the brain trust that he is, he’s prepared himself for the possible encounter with Solaria by carrying “Solanite”, a substance he thinks is toxic to Solaria. Unfortunately, after surprising her with a spray to the face, she reveals that Solanite is in fact what gives her powers. Even before the words come out of her mouth, she realizes her mistake as Craig downs the contents of Solanite. Craig 2.0 still isn’t bright, but angry and powerful, he realizes he has a chance to finally put the super bitch in her place. Find out what happens as Solaria takes a beating and fucking only a cocky heroine would deserve.